Science insights give seeds and seedlings a helping hand 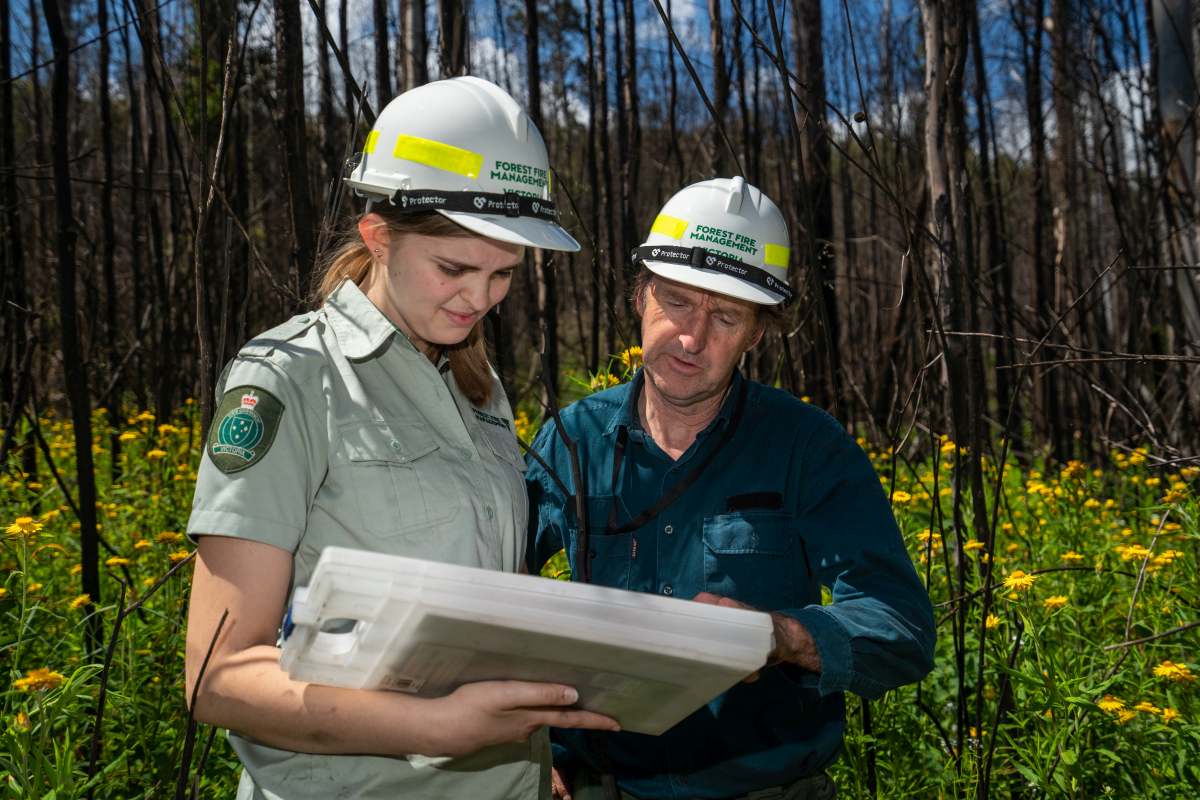 Plots set up to monitor the progress of the seeds sown last year in the State’s largest forest restoration effort indicate the seeds have successfully sprouted out of the ground and are germinating into seedlings.

The germination plots are just one of several scientific projects to monitor and inform the project.

The Alpine and Mountain Ash Forests were severely impacted by the 2019/20 bushfires as well as previous fires in 2003, 2007 and 2014 prompting fears without intervention the Alpine Ash in particular would become locally extinct.

In Phase One of the Forest Restoration Project using more than 4.6.T of seed DELWP, with partners VicForests, Parks Victoria and contractors from regional Victoria heli-seeded 11,586 ha of the affected forest. Watch the Reseeding Giants - reseeding the Ash forests video on YouTube.

Simulations from the University of Melbourne’s Alpine Ash Fire Mitigation project prioritised areas for reseeding for Stage One of the reforestation effort which took place immediately after the 2019/20 bushfires.  Survey transacts have also been conducted across the sown areas to monitor the seedlings as they grow.  The completed surveys have shown great results with thriving seedlings across the sown areas.

The Victorian Government has invested $7.7m as part of the Bushfire Recovery (BRV) program for the second s phase of the restoration project to help gather seed to replenish seed used last year and to create a seed bank to buffer against future events. The BRV funding is also supporting other research to better understand the impact of high severity bushfires and seed collection operations to guide future forest restoration efforts. Forest restoration project manager, Ms Caitlin Cruikshank said the germination plots were used to track the survival of seeds sown and flag if there are any emerging issues which may need attention.

Forest Restoration Project Manager, Ms Caitlin Cruikshank said germination plots were used to track the survival of seeds sown and flag if there are any emerging issues which may need attention. Germination plots are just one of several scientific methods used to monitor and inform the project.

Ms Cruikshank explained the germination plots allowed DELWP to separate problems with the seeds germinating from seedlings failing to survive.

“Seedlings can face a number of hazards before and after germination including ants taking the seeds for food as well as inability to germinate – such as if the seeds don’t get the very cold conditions they need to break their dormancy” she said. “Early seedlings can also be killed by frost”.

“Once seedlings start to grow they face other challenges - competition from their fellow seedlings, as well as other plants wanting to move in on the vacant area.  They can also be eaten or catch diseases.

“Ultimately only the fittest will thrive and over many years only the survivors will form our magnificent forests.”