Our People, Their Stories
More stories

Over the past 3 months we've seen a lot of our communities affected by flood waters, with many people unable to return to their homes. Image: Kirra Travers (2nd row, left) with other FFMVic staff who supported evacuees at the Bendigo base camp.

As the flood waters rose, Forest Fire Management Victoria (FFMVic) joined with other emergency agencies to respond by filling sandbags in the hundreds of thousands, building levies to protect communities and critical roads and infrastructure, administer impact and welfare assessments and provide a canvas roof over the heads of many people who were evacuated.

Kirra Travers, a Policy Officer within the Environment and Climate Change Group of the Department of Environment, Land, Water and Planning was one of the many staff members who have been stood up to respond to the flood event.

Kirra has held a fire emergency role since 2017 and is part of the Melbourne Central Support Team.

‘I have led several deployments to campaign bushfires, including the devastating Black Summer 2019-20 fires,’ Kirra said.

‘It is a rewarding role, with exposure to new challenges in every deployment that exercise your critical thinking and emotional intelligence.

‘A role to extend your network outside your immediate team and most importantly gain a long, invaluable list of rewarding ways your contributions help to support the department and community.’

At times like these, it is often necessary to think outside the box to produce solutions to novel situations. The setting up of the Bendigo Emergency Relief Centre Base Camp was one such solution, where FFM Vic provided emergency accommodation.

For the first time, FFMVic deployed a base camp, usually used to house firefighters during bushfires to provide accommodation, mobile kitchen and catering services, and laundry services for anyone displaced by the floods.

It was a wonder of logistical management by all involved. In under 12 hours, the base camp, was transported from FFMVic‘s Altona depot and set up inside the pavilion at the Bendigo Showgrounds to support the Greater City of Bendigo Council’s relief effort. 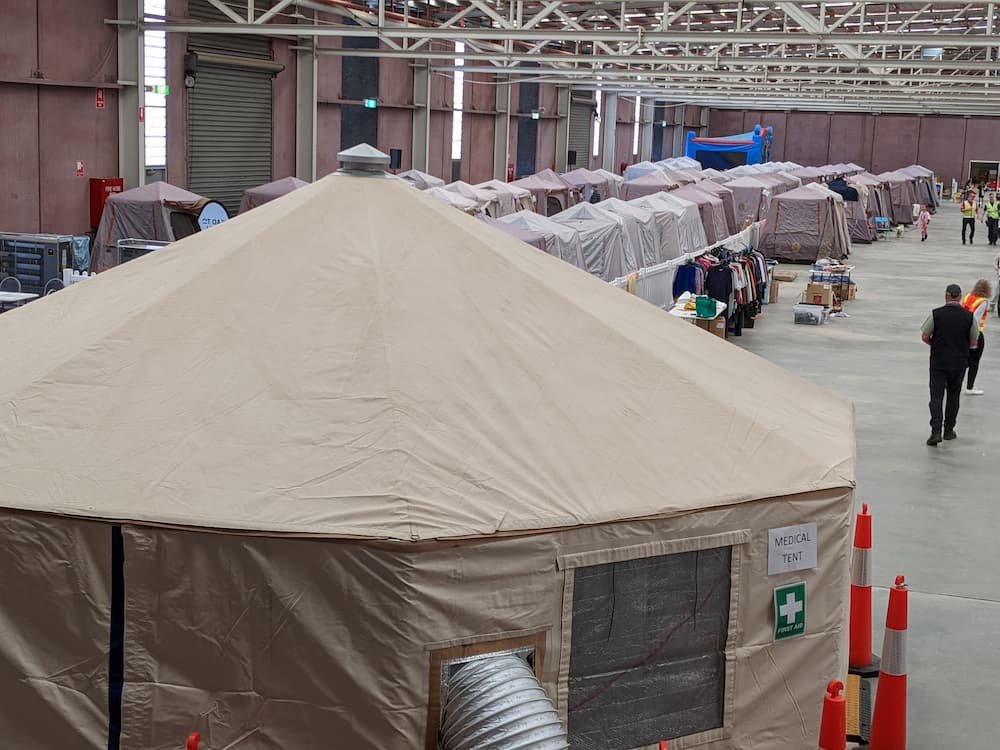 It meant the first flood-affected residents from Rochester and surrounding areas had a safe place to sleep and access the care they needed following their evacuation.

This was Kirra’s first time working on a flood emergency and she was stood up as the manager of the base camp team.

‘Every base camp deployment was unique, and the Bendigo Relief Evacuation Centre was certainly no exception,’ Kirra said.

‘One of the biggest differences was that community were the occupants of our camp, not firefighters.

‘In what was a traumatic displacement experience for a lot of Victorians, it was evident FFMVic’s contribution of private tent accommodation, mobile kitchen and catering services, laundering service; and our skilled staff also having been trained in psychological first aid, absolutely transformed the evacuation centre.’

The first night the relief centre was operational it was a haven for 280 people who had been displaced by the rising flood waters.

‘The base camp crew helped many people and families feel safe and protected, including pet horses, lizards, birds, cats, and dogs!,’ Kirra said.

‘We were able to offer privacy and dignity in the form of personal tents and the opportunity for evacuees to finally have their flood-soaked clothes laundered, since many did not have time to bring anything else but the clothes they were wearing when the floods struck, and some couldn’t afford a trip to a laundromat. 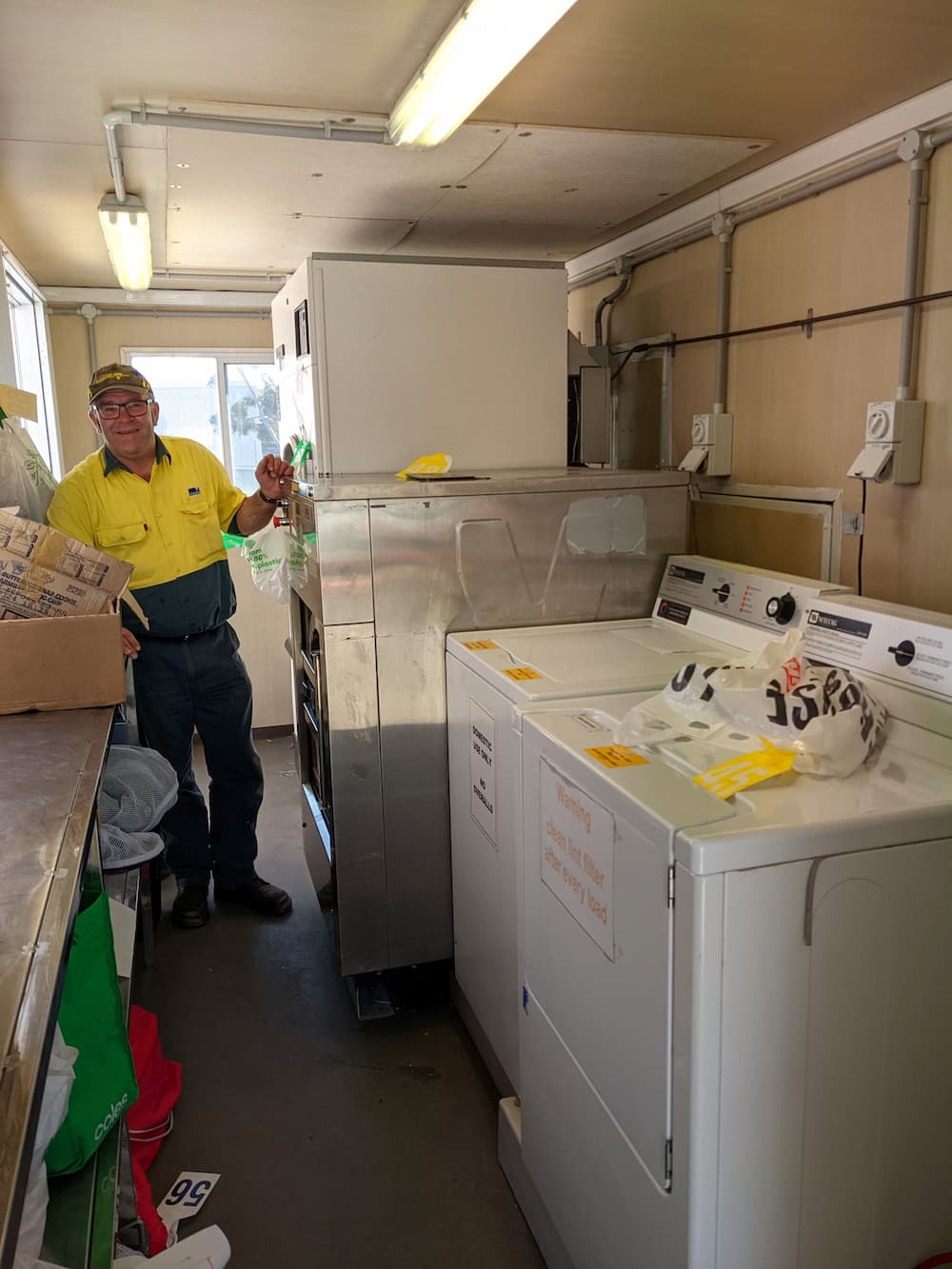 ‘Although most of us enjoy a Bunnings snag on the weekend, a sausage in bread every lunch wasn’t a long-term solution in our eyes, so the on-site kitchen and catering service was able to provide proper and delicious meals and snacks each day.’

‘The community was not shy to thank our crew.’

The FFMVic crew were regularly approached by community for an open ear and a shoulder to cry on.

‘We listened to people’s stories and sometimes kept an eye on the children while parents grieved and sought counselling and financial assistance from the other agencies onsite,’ Kirra said.

The base camp crew’s expertise in emergency response allowed them to provide invaluable support to the Council, helping where they could, but most importantly, being dependable.

‘We were able to provide tried and true solutions and advice to council on peculiar challenges that they had never experienced before.’

‘I acknowledge all the demanding work and support from the emergency staff I have had the privilege of working with over the years (not just this event). I have witnessed their guidance, dedication, and willingness to make noble sacrifices for the community and find it inspirational.

If this article has caused the reader any distress, you can reach out to one of our support services. Endangered Mallee fowl in the Annuello Flora and Fauna Reserve in the Mallee have been protected from the threat of fire thanks to a Strategic Fuel break renewed during 2022. To make sure a planned burn is successful, Forest Fire Management Victoria (FFMVic) needs to consider many factors and conditions. How we do planned burning

Forest Fire Management Victoria. Media releases. Land and fire agencies work with communities to manage bushfire risk across Victoria. This brings together local knowledge and values with world-leading bushfire science. Planned burning is one of the Managing Victoria's bushfire risk during wetter seasons and beyond

Forest Fire Management Victoria. Media releases. This year, many Victorians have experienced extreme weather with heavy rain and flooding. Our changing climate means these events are becoming more frequent and extreme. The recent State of the